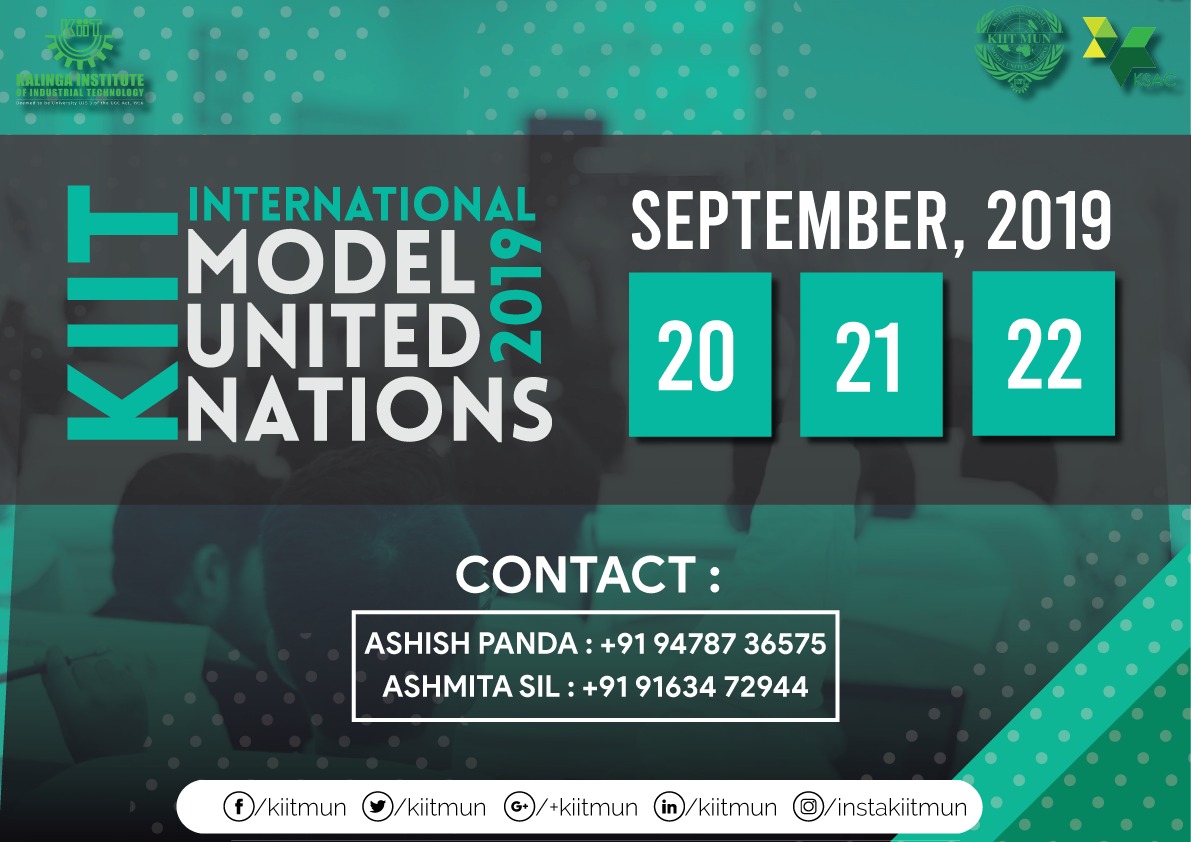 It serves as a great opportunity to socialize with delegates coming from different walks of life and learn the nuances of diplomacy and leadership from a meticulously curated array of Executive Board Members who are simply the best. Vigorous debates and tremendous research are what constitute the three-day event, along with something to look forward to at the end of each day.

With cultural performances, stand-up comedy, and networking dinners- KIIT International MUN does not just stress on peace and promote diplomacy but also holds up the socialization aspect from an individual’s point of view.

KIIT International MUN has hosted a chain of successful editions since its maiden conference in 2013. Establishing the stronghold in its maiden year itself, KIITMUN was able to uphold the calibre of its diplomats and its commitment to making an impact, and since then the event has been setting the benchmark a little higher with every edition. The anticipation keeps escalating each year – starting with a few participants in 2013 to 2,500 in 2016 to over 2000 in 2018 – we have come a long way since. Our enormous world is divided by its selfish interests and we strive to make it smaller and united by bringing in participation from not just the renowned institutions and organizations of our nation, but from countries that span every corner of the world.

In its previous editions, KIIT International MUN had been graced by eminent personalities from all walks of life. It has been a stage for veteran comedians like Biswa Kalyan Rath and Kenny Sebastian, shared at the same time by the likes of Mr. Kamal Singh, the Executive Director of UN Global Compact Network India; Allen Gammel OBE, Director of the British Council India; Padma Bhushan Mr. Rajat Sharma; Mr. Suhel Seth, distinguished Speaker and Actor; Mr. Akhilesh Yadav, Former Chief Minister, Uttar Pradesh; Debanjan Chakrabarti – Director British Council, East India; Mr. Punya Prasun Bajpai, the news anchor and executive editor at Aaj Tak. Since its first edition, the popularity and significance of the conference have grown exponentially; hosting eminent personalities to conducting resourceful working shops, inclemently deliberating about global concerns for an entire day with representatives of other nations and dancing, singing and celebrating with the same people at the end of the day.

KIIT International Model UN has successfully catered to diplomacy and merriment of the participants alike and has played such a pivotal role in bringing about a revolution in the Model United Nations circuit that the dilemmas that were dissected into by these young delegates seemed a bit more surmountable.