You are entering a new phase of life. Education is a long and difficult journey but it makes you capable to transform the world” – Professor Muhammad Yunus

“You are entering a new phase of life. Education is a long and difficult journey but it makes you capable to transform the world”, Professor Muhammad Yunus told the graduating students in his convocation address.

Introducing Prof. Yunus, who was awarded Nobel Peace Prize in 2006 for his social innovation of microcredit, to the students, Prof. Achyuta Samanta, Founder, KIIT & KISS said that he has imagined and is relentlessly working for “A World of Three Zeroes” – zero poverty, zero unemployment and zero net carbon emissions. He expressed his gratitude to His Holiness Gurudev Sri Sri Ravi Shankar, Dr. Mrutyunjay Mohapatra and Shri S. K. Chaudhary for accepting Honoris Causa degrees from KIIT Deemed to be University.

“The pandemic has damaged the lives and livelihoods of millions of people across the world. With 50% of the world struggling to make a living, it has revealed weaknesses in our system. It is an opportunity to redesign a world, which will be more just, more equal and more resilient”, the Nobel Laureate stated. Our present system suffers from an extreme polarization of wealth with 99% of wealth concentrated in the hands of 1% population and global warming that is threatening our very existence. “With your learning and imagination, it is possible to redesign a new world”, he told the graduates, while urging them to explore entrepreneurship as an option.

In his address, the Chief Speaker His Holiness Gurudev Sri Sri Ravi Shankar stated, “The purpose of education is to build a strong personality that is equipped to convert new challenges into opportunities and broadmindedness and humility to continue learning forever”. He underscored the importance of inner strength, perseverance, patience and creativity for achieving success in life. He was awarded Honoris Causa D.Litt. for “his great contributions to the field of spiritualism and world peace”. The award citation mentions, “The world is indebted to you for your humanitarian initiatives to end conflict in some of the most troubled regions of the world like Colombia, Kosovo, Iraq, Syria, and Cote d’Ivoire”.

KIIT conferred Honoris Causa D.Sc. degree on Dr. Mrutyunjay Mohapatra for “his stupendous contributions to the field of cyclone early warning system and passion to save lives with science”. Popularly called the “Cyclone Man of India”, Dr. Mohapatra has helped save tens of thousands of lives by his accurate predictions during numerous powerful cyclones like Phailin (2013), Hudhud (2014), Titli (2018), Fani (2019) and Amphan (2020). “The award is a recognition for the contribution of science for the society and will encourage students and practitioners of science”, said Dr. Mohapatra in his acceptance speech.

In his acceptance speech, Shri S. K. Chaudhary said, “KIIT and its sister institution Kalinga Institute of Social Sciences (KISS) have made tremendous contributions in the field of education in the last two decades. I congratulate the Founder of KIIT & KISS for doing such a great service to the society”. He was conferred Honoris Causa D.Litt. “for his outstanding leadership and great contributions to the infrastructure sector”. Under his leadership, IRCON International Ltd. has taken great leaps and has become a leading engineering and construction organization with significant international footprints. 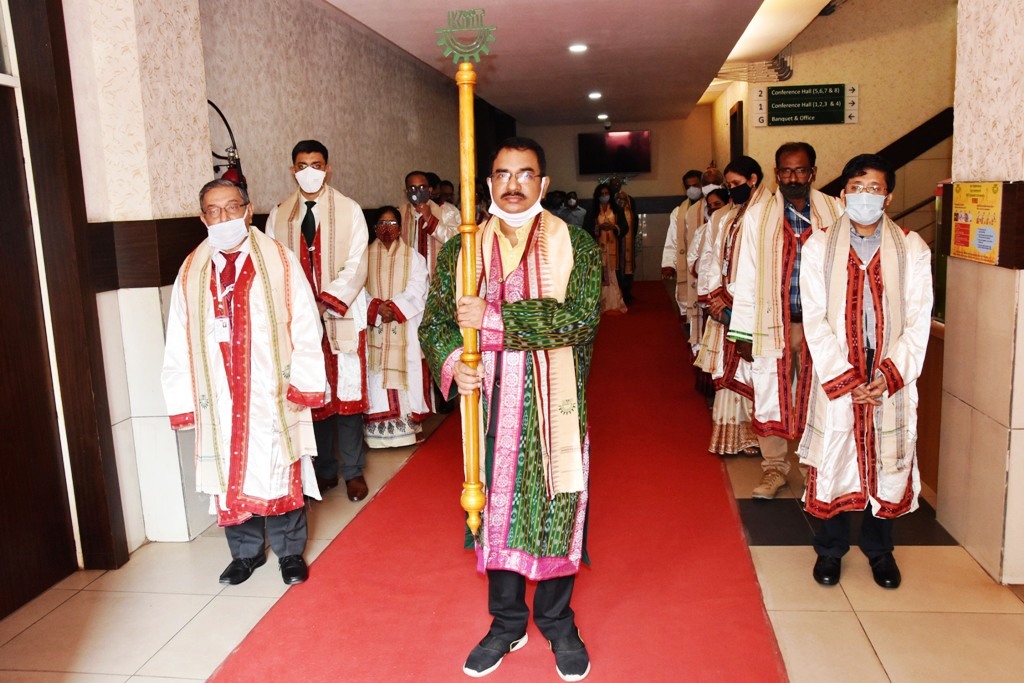 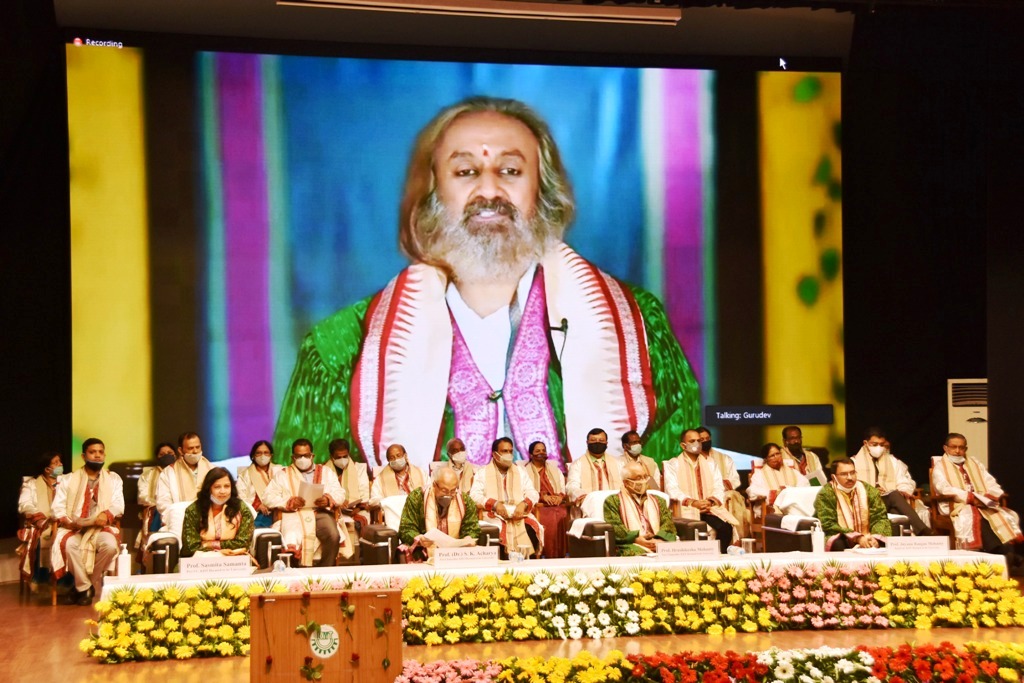 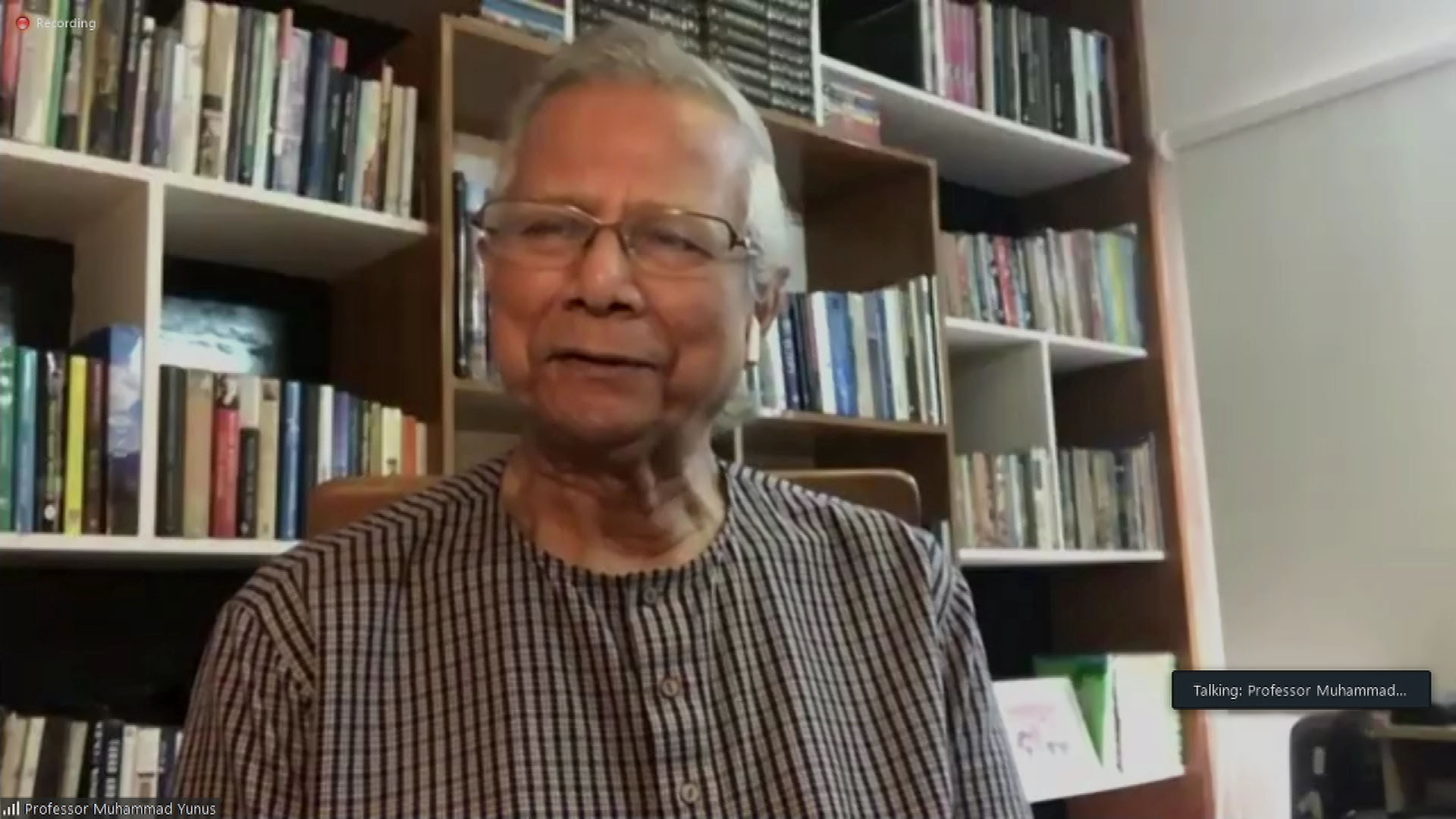 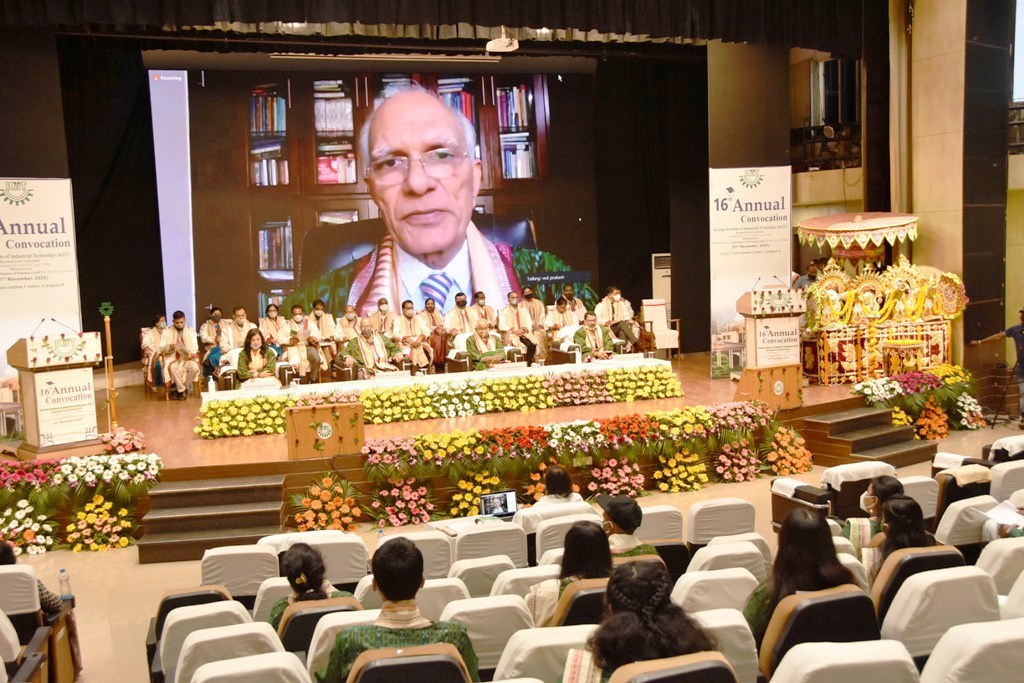 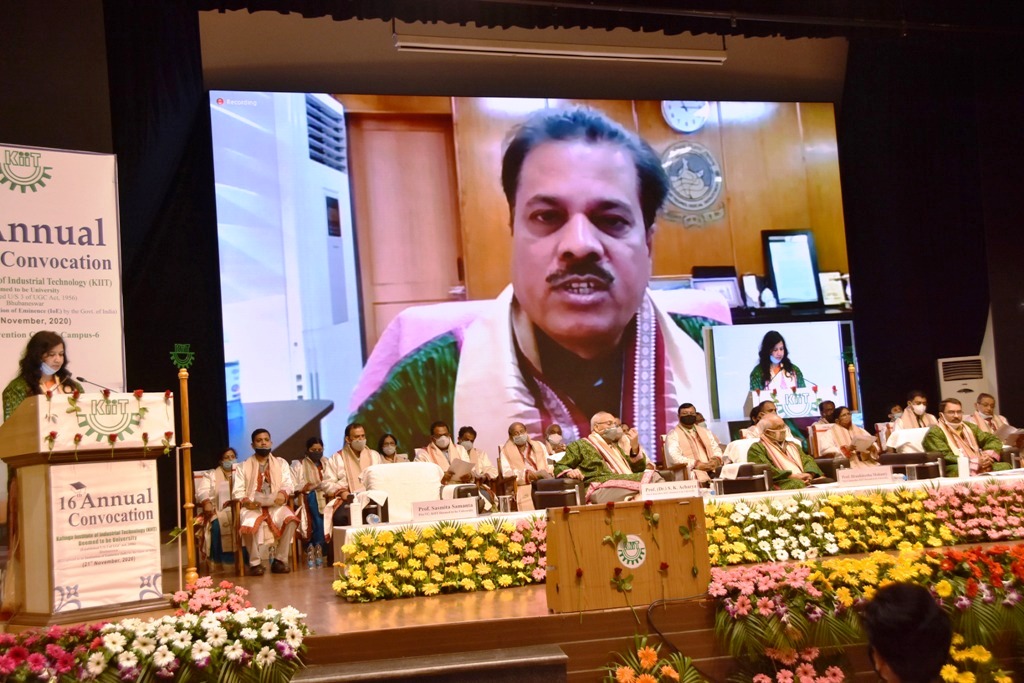 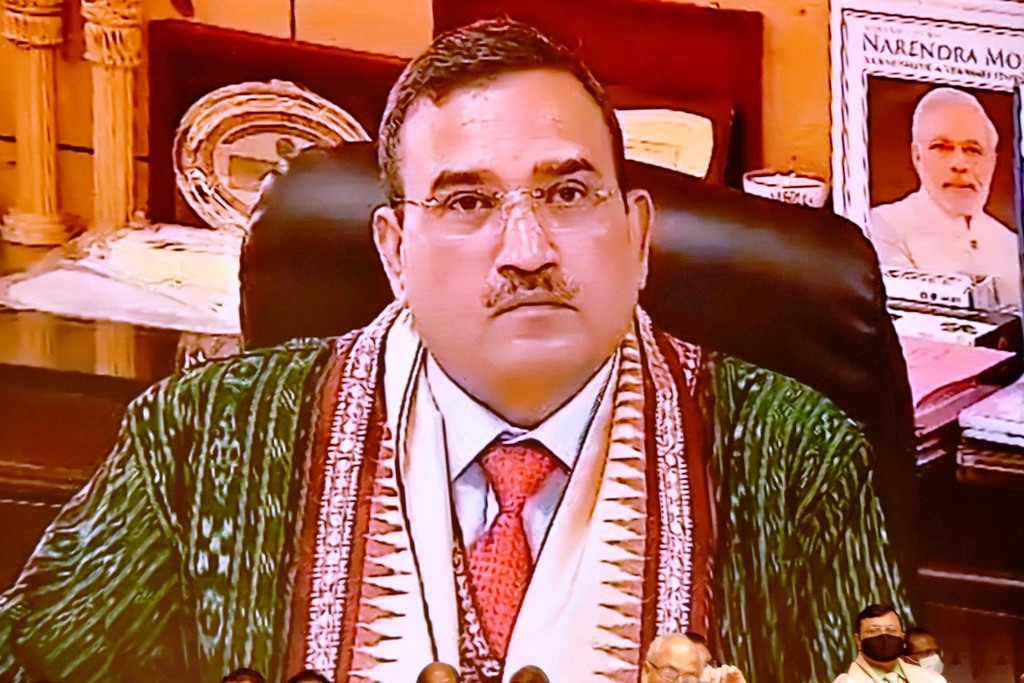 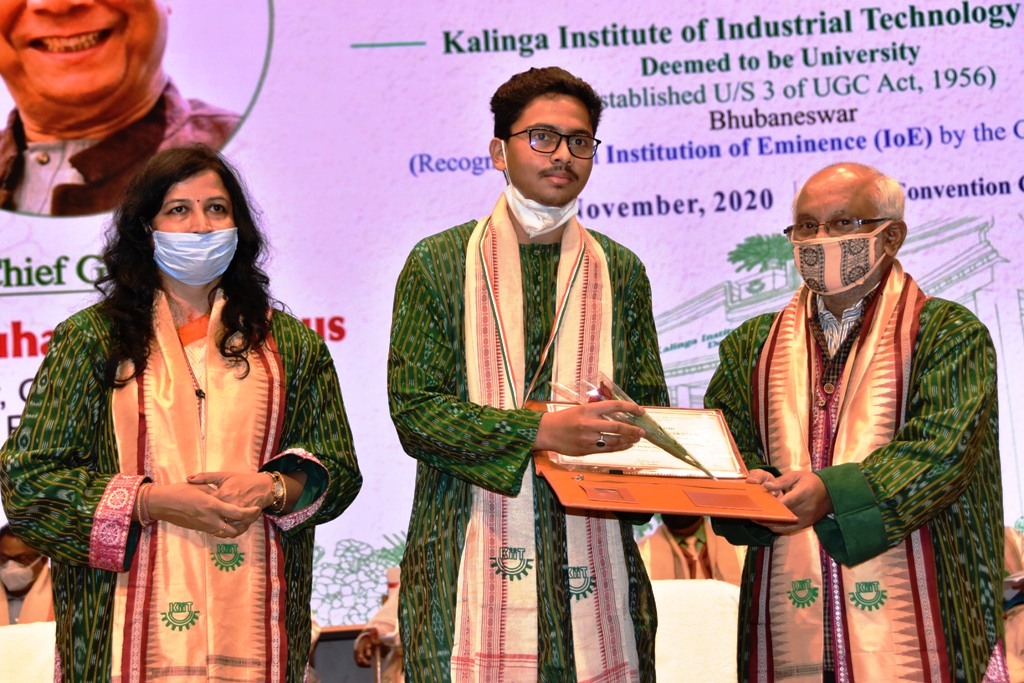 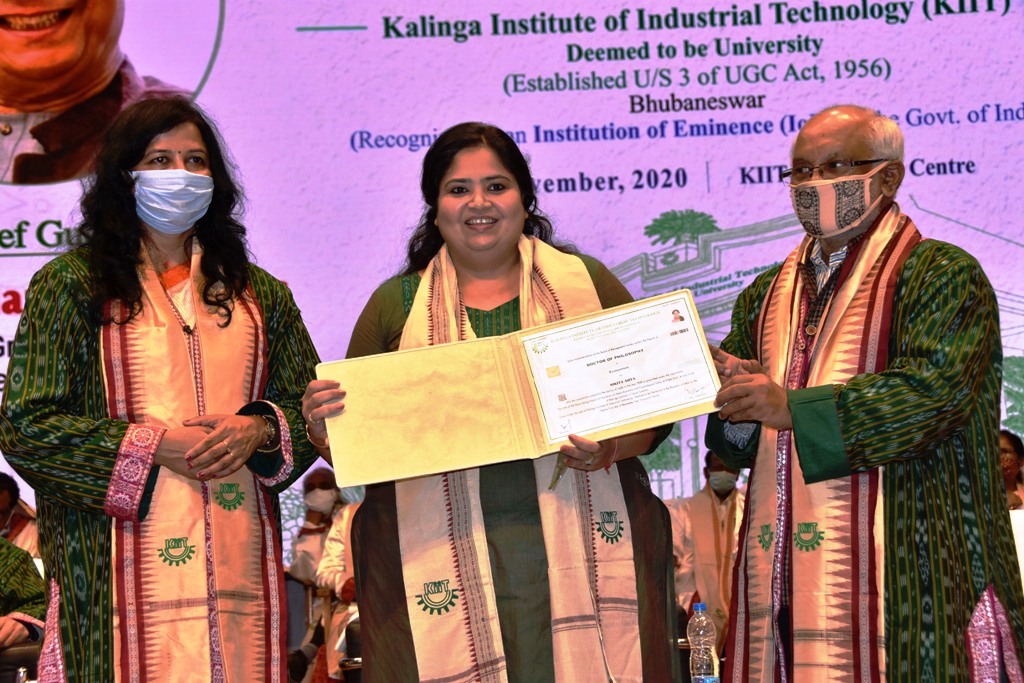